October 29, 2015
It is already getting late in the year, and I don’t have all my other projects for this year done yet, but I think I can squeeze in replacing my Tune To sigh from last year with a new pixel version.

I ordered a Monster Matrix Panel from Boscoyo Studio. It is a full 4′ x 8′ sheet, but I will only use a portion of it for my sign. 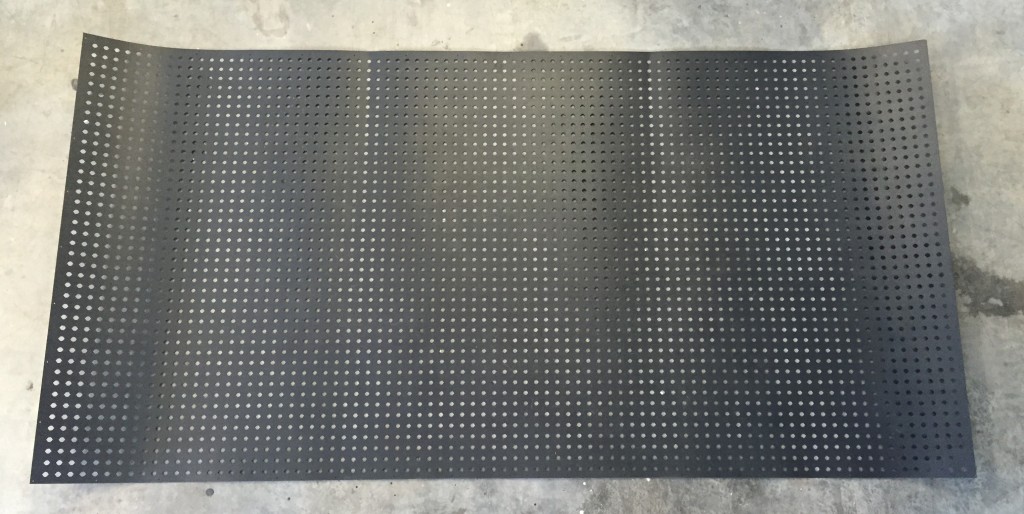 I used a good pair of scissors to cut the panel. The sign will be 16 x 50 pixels, so I cut the panel 18 x 52 pixels so I have an edge to mount to the front of the wood frame. 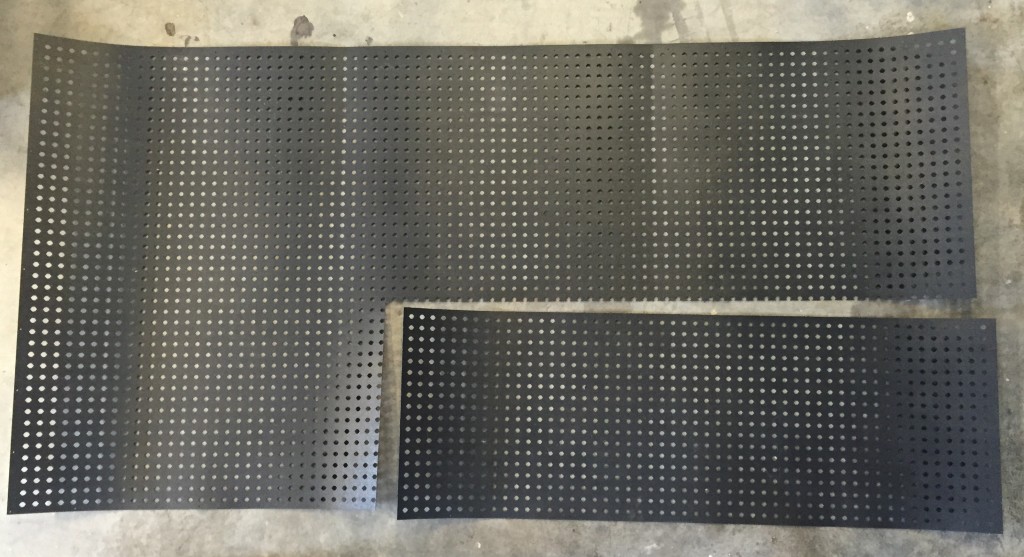 Now for the frame. I made it out of 2×8 lumber so it was nice and rigid and would hold the sign with no flexing. First I cut pieces and built the outer frame. Then I cut one more piece to help stiffen the back of the frame in the middle. I used 3″ exterior screws to put everything together. (pic)

I used two pieces of plywood to cover the back. I put hinges and a hook on each half so that I could open it to access the lights, the controller and the power supplies. (pic)

I mounted a handle on each side so it would be easy to carry the sign. (pic)

I drilled 2 holes in each side so that I could bolt the frame to 2 fence posts to put in the ground.

I ordered 800 12mm bullet node pixels from Ray. He had them in stock, so I received them very quickly.

I ordered a 12V 250W power supply and another Sandevices E6804 to drive the sign.

I built the frame out of 2×8 lumber so it is nice and stiff and will support the panel with all the pixels.